The Legacy Of The Fashion Royalty Handspeak System 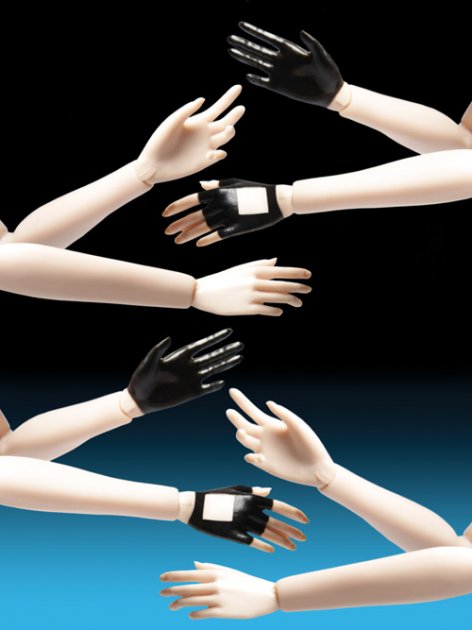 Several years ago when IT decided to come out with dolls that had exposed joints, I remember a friend of mine saying,"They are pretty but I hate the joints that show on their bodies. I think I'm going to buy them and put their heads on Barbie bodies!" Oh, what a difference a few years makes! Now if the doll is not double-jointed or has replaceble parts doll collector's are just not satisfied! That same friend of mine (whom will remain nameless...NOT....DAVID CARR! lol!) now buys other dolls and puts them on FR bodies. He even went as far as to upgrade all his early FR dolls onto the taller FR bodies with the handspeak system.
The handspeak system is really something that I love. I now think twice before buying a doll that does not have the removeable hands because I know how much harder it will be to re-dress them! Not to mention not being able to put their hands on their hips and pop their hand up (as if to say,"Talk to the hand bitch!")
This tren has even now made it's way down to the playlines of many different Toy Companies. Especially Mattel. Now, everything from Fashionistas to the incredible popular Monster High Dolls are all jointed. The Monster High Ghouls even come with removeable hands now (in the Create-A-Monster Set  shown below). 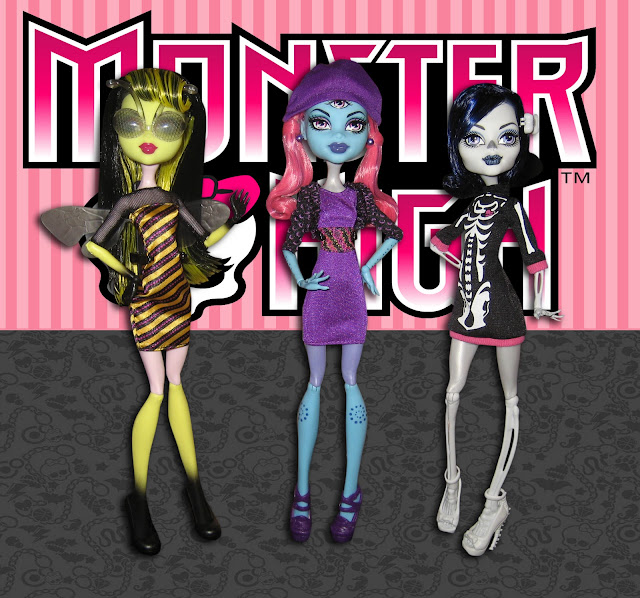 I gave these three girls as an early Christmas gift to myself! I finally got bitten by the MONSTER HIGH BUG....literally! I've been trying not to collect these girls (even though I secretly wanted them all along) but when I dropped by my friend Ken and David's trying to find out if they had seen a "Abby Bomidable" anywhere near their home in Orlando so that I could make a "Christmas Wish" come true, I fell in love with their amazing display of them! Then to top it off they had a brand NEW unopened box of the Create-A-Monster Set at the Walmart near my new home in Sarasota! The clincher was that I saw how poseable they were...and that the featured their own version of the handspeak system. Finally, I broke down and bought them for myself! Well...move over girls, the "ghouls" of MONSTER HIGH... are coming my way!
These 3 characters did not come with names. So, I've named them myself.
They are (from left to right):
Honey Hivenson
Ori Cole
Annie Rexia (she wants to be a model)I fixed their hair (because the wigs look like crap stright out of the box) but they are made of good saran hair...so they take a curl real easily! Enjoy!
xoxo,
Frank