A Sad Day for LOVE In the Valley Of The Dolls 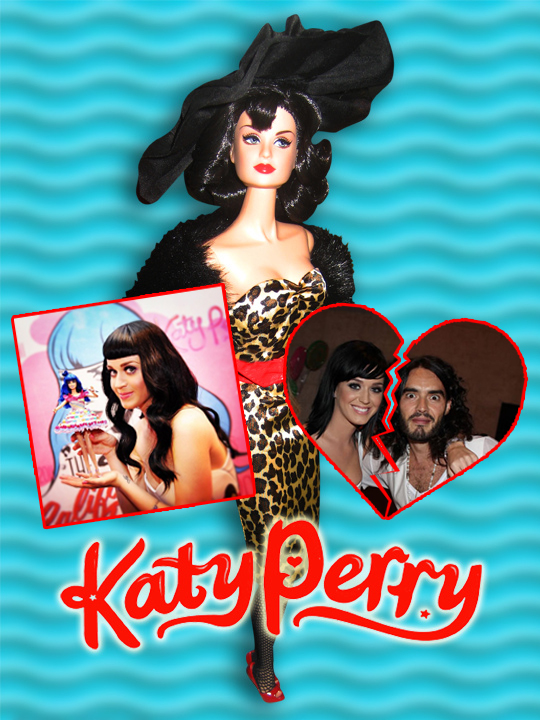 I know that it is probably dumb...but I get sad when celebs break up. Today E-New's TOP Story was the demise of the relationship of Katy Perry and Russell Brand. Now mind you, from the beginning I did not get this pairing....but who am I to judge? I guess because I'm in a solid relationship that has stood the test of some time, I just want the same kind of happiness and stability for everyone else. So even though I don't know Katy and Russell personally, my heart breaks for them both.

When Warren Buffet (the third riches man on Forbe's List) was asked,"What was the best decision you ever made in your life?" He answered that the best decision he ever made was not what school he went to, what business degree he was going to go after or what first to invest in....he responded that his most important decision in life was who he MARRIED.

I agree with Mr. Buffet (I mean...it is hard to argue with such success). I have always felt that when one has their home life in order...no matter what that consists of, then you are free to jump off any cliff and take risks, both personally and professionally.

I recently have 2 set of friends that are going through break-ups as well. One couple had been together for more than a decade and the other for several years. To anyone that saw them together, they would have labeled them either of them "beautiful perfect couples". It is hard to live up to "perfection" no matter who you are.  Relationship and love is not perfect. It is messy, loud and even sometimes devastatingly painful. So, when I found out about my friends going through their break-ups, I was saddened by it...but I understood. I'm not worried for any of them individually, because they are all talented, handsome, smart, beautiful people. I do though worry about the state of love and relationships in general. Is marriage just an outdated concept and it if it is...why are WE (gays) trying so hard to fight for it?

Now, I don't know about the details concerning the demise of either of my friend's relationships, but I do know that the decision could not have come easily for either couple. None of these people seems like they were in shallow relationships. And let's face it, relationships are not easy...but they are worth it.

People need to learn to speak their hearts and minds openly with their partners. When professionals talk about communication being the key to a "successful relationship", they are not talking about sharing your daily blathering with each other. The communication that they are talking about is about facing the hard conversations. The one's we would rather not have. About sex, money, family..etc. All the subjects we try to NOT bring up because we'd rather not fight with our partners. Harmony does not alway breed happiness in relationships. Not saying what you really feel to your partner festers and instead can give birth to contempt between the two people in the relationship.

The last thing I need to be doing is giving relationship advice...I mean who really wants to hear that. Afterall, everyone's relationship is their own unique world. Make yours work...no matter what. Remember, it is the most important decision you'll ever make. Warren said so.
Gotta go....been spending way to much time with the computer and not enough with MY man!
xoxo,
F
Posted by dolldork at 5:36 PM