Fire & Ice - Will She Ever Become A Reality For Me? 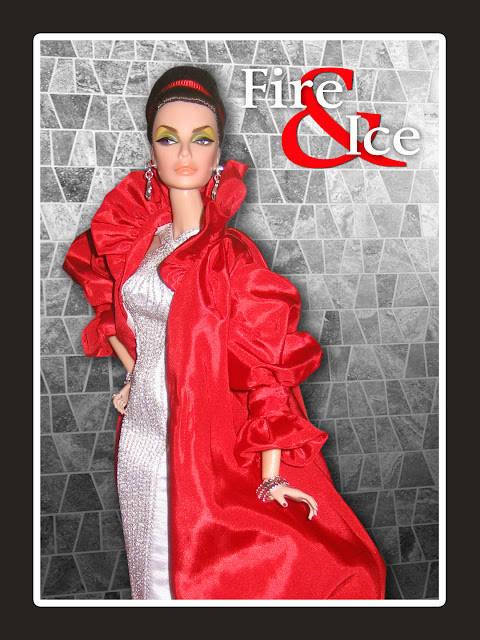 Back when I was taking a course in Fashion Illustration in college, I remember falling in love with a Revlon Ad for Fire & Ice Nail polish from the 50s. Later on I found out that it was a very iconic image and that everyone from illustrators to designers have been drawing inspiration from that ad for years. Then, many years later when I started collecting fashion dolls, I saw a OOAK Barbie that was produced by Dick Tashin (that name may sound familiar to you…because he was featured many time in Barbie Bazaar back in the day…and was the designer for the Bandstand Beauty Barbie Convention Doll) that used the Fire & Ice ad as it’s inspiration. The doll went on auction at an event and went for what I considered an astronomical amount way back when. I figured that outside of reproducing it myself I would never have one in my own collection. 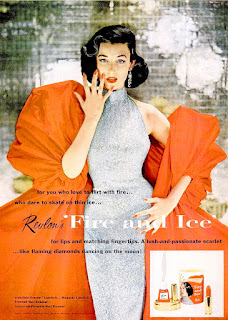 Well, low and behold when I visited IDEX in Orlando earlier this year I saw a variation of my fantasy doll’s outfit being re-created by the genius designers at Integrity Toys. One problem – the doll was a blond….and it really needed to be raven haired beauty. Well, there was no questions that I was going to get the dressed doll and do one of my switcheroo routines on her…but what doll would be perfect for her – VICTOIRE! 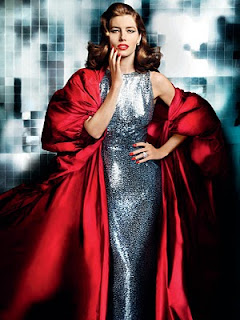 Later on this year, IT came out with a Raven Victoire! I thought,”The stars are aligning…here is my chance to have this iconic design in my fashion doll collection.” I entered the Lottery (twice under both my membership and Peter’s) and as the fates would have it – wah-wah (trombone), I didn’t win it. Sucked. Really hard.
But, in the meantime I made myself happy by finding a “stand-in” until I get the perfect model for this look. Now you all know what one of my “grail” dolls is going to be at the year’s convention. I WILL NOT REST TILL I FIND HER! This I vow…lol! By the way, for any of you that just want this outfit...but don't want the Monogram that it came in Marlbe.com is selling the outfit alone (and for that matter the nude doll as well). She told me that she will be taking them to the convention in a couple of weeks...so look out for her room number. She always gives collectors a great deal!

Wish me luck on finding my Victoire this year!
Frank
P.s. by the way…if anyone out there has a Raven Victoir (she does not have to be mint in package...but I do want the suit too) for sale and wants the doll gods to smile good favor on them for future pursuit….HELPING ME FIND THIS DOLL WOULD BE GOOD KARMA! Lol!
Posted by dolldork at 9:22 AM