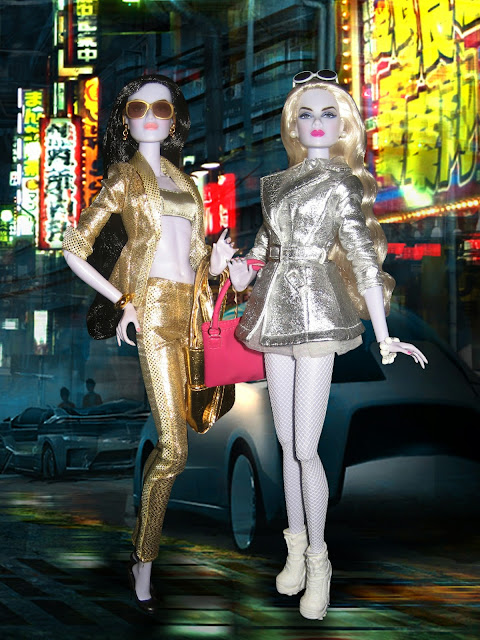 Well kids a lot has happened since last I wrote. Like life, some bad, some good and some GREAT.
I guess it all started last August when my partner Peter's parents informed us that we would be able to use their Beach House in Key Biscayne during the last week of August. We had just come off of an exciting (but exhausting) Gay Season (that's what I call the slew of Summer Prides, Events and our Annual NUDE Issue Party for Charity) and were ready for some R&R. Coincidentally, during those summer months I decided I wanted to brighten up my appearance by going platinum blond. I naturally have salt and pepper hair and therefore it makes me feel a bit older than I am. Plus, every mistakes me for being older than Peter and even my sister Mercy and that really started to get my goat. It was a very innocent decision on my part, but one that would cause a ripple of events that would take me down a roller coaster ride emotionally and physically.

After coming home from that Gayest Cruise Ever, I returned to my retine of completing the artwork for the January issue of the my magazine WHM. Finished it with only seconds to spare and returned to Miami for a post Christmas/Birthday celebration with my family and close friends. This time I went with closely cropped brown, salt and pepper hair….weeeessh and thinner than I've been in a long time. I've lost 68 pounds and have put on some muscle as well. I look better now than I have in about 5 years (before the Italy "Gelatto and Pasta Tour of 2010). My mom and dad both looked at me with eyes of Pride. I explained to them that I was now off my blood pressure and cholesterol meds. They were thrilled. Also, I indirectly found out that I inspired my sister and nephews to lose weight as well…and they are really on their way….THEY ALL LOOK FANTASTIC!
So, now I'm home again, and I'm optimistic about he future. So, I dressed up two of my favorite Color Infusion workshop dolls as Space Tranny Hookers from the Future. I love them. One wears gold which represents how precious all our good and bad experiences can be in the end. And (my all time fav) wears sliver, white and a splash of pink. She represents, hope, good faith and a splash of surprise color as a symbol of wonderful things yet to happen.
I plan to write now everyday again….let's see how long this one lasts…lol.
Happy New Year to all my friends in the Blogmosphere! I wish you only the best in 2014 and beyond!
Frank
ps. Best Gifts this year: Jennifer Lopez doll, fabulous Chanel riding boots and a reunion with my best friend since 3rd grade Maite del Cristo. She has no idea how important she has been throughout all my life. She was my protector in school when other kids tried to bully me and my biggest cheerleader when I was down on myself. I'm happy to report that we are back on track after an 8 year hiatus and are vowing to stay in each others life now till the end!
Posted by dolldork at 5:40 AM