The Day I Stalked Holly Golightly 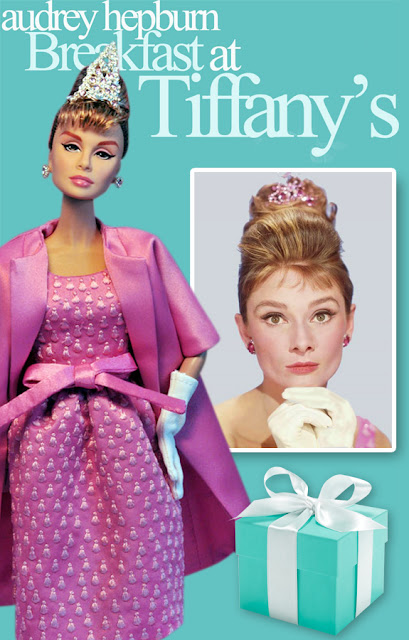 Several years ago in a previous life, I worked at a television station that was an ABC affiliate. WPLG still sits on Biscayne Boulevard in Miami, FL and it was my first job during college which was in my chosen profession of advertising and marketing. I was 19 and worked long hours, but I didn’t mind it because I felt so glamorous working at a TV station.
One of the perks of working at the station was that we not only produced the evening news, but also a morning chat show that frequently interviewed celebrities whenever they were in town promoting their shows or appearances. I met many wonderful celebs while working there, but few could be considered true legends. On a miserable, rainy December afternoon my boss, Karen Vigurs came into the PR offices looking like all the blood had rushed out of her face. She looked me dead in the eyes and said,”I’ve got good new and bad news. Which do you want first?”  I replied,”Hit me with the good, I’ve been feeling like shit today due to the storms so I could use a little pick me up.” She replied,”Tomorrow we are doing a segment on Unicef for the morning show and Audrey Hepburn is going to be coming in for an interview!” We both stood up, grabbed each other’s hands and began to scream and jumped up and down as if someone had just told us we had won the lottery! Audrey Hepburn! Miss Holly Golightly herself! Truman Capote’s heroine from my all time favorite movie Breakfast At Tiffany’s personified.
“So, what’s the bad news?” I asked inquisitively. She said,”It’s a closed set. “ It was as if she had let all the helium out of my balloon. Here was my chance to meet one of my favorite Hollywood actresses and she was going to be just out of my reach. We weren’t even allowed to stand off camera and listen in on her interview. Damn!
I couldn’t sleep all night long trying to figure out a scheme to get close enough to seeing Audrey in the flesh. That’s when it came to me. No one said we couldn't go up on the rigging where the catwalk above the stage was! Sure it wasn’t necessarily safe. And, so what that only Union workers were allowed up there. THIS WAS AUDREY HEPBURN WE WE TALING ABOUT! It was totally worth the risk.
I came in to work the next morning early to even see if it was possible before I let Karen in on my scathingly brilliant idea. I asked one of the grips how to climb up above the stage where the light was held from. I also asked if it could hold two people. Needless to say, he looked at me a bit oddly, but he said,”It holds hundreds of pounds of lighting, it can definitely hold 2 people.” I told him my plan and he laughed and said that he would leave the upstairs door open for us. Then he secretly confessed to having a crush on Audrey himself. I'm mean really - who doesn't!
I told Karen my plan and she got nervous. After all, she was the head of the department and would be held responsible if we were caught, but after a little convincing she was game for it.
When Miss Hepburn arrived you could feel a buzz in the atmosphere. Everyone was excited to sneak a peek at her. All of our co-workers had their faces pressed up to the windows to see Audrey exit her limo. We ran to take our positions on the catwalk above the stage, There was no time to spare.
We quietly lay on our stomachs while waiting for her to come in. Then all of a sudden the doors to the studio opened quietly and there she was. We both exhaled a long sigh. She was lovely. Older, but still exuding style and class like no one else has ever before or since. We watched her get her mic and battery pack hooked up and watched as she pulled a compact out of her bag and touched up her noise with translucent powder. She tucked the compact under her thigh and sat quietly smiling politely as the assistant was telling her how the interview was to be conducted. She was perfection. Everything a fan would hope she would be. 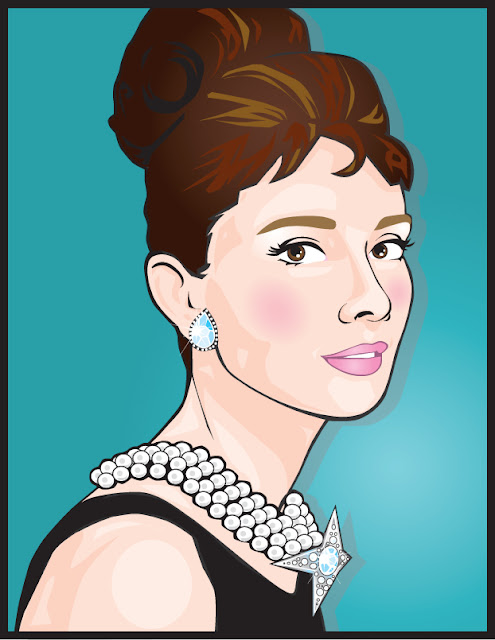 We sat and listened closely (it was hard to hear what they were saying from a distance) and the whole time watching every move she made trying to record it forever in our mind’s memory bank. Occasionally, Karen and I would look at each other and nervously giggle. I will never forget the experience. But, wait….that wasn’t even the best part.
Once the interview was over, we quietly scurried out and went out the backdoor again to go back to our office when we noticed that Audrey’s limo was pulled around back. We looked at each other. There was no one else around. We decided to wait. About 10 minutes later, she came came out the door along with the rest of her minimal entourage. We watched as she walked to her limo wearing glasses, a headscarf and a short London Fog trench. I could not contain my excitement anymore, I spoke out abruptly,”Miss Hepburn, Miss Hepburn!” She turned and looked up at us wondering where the voices were coming from as she smiled and waved. Then she quickly ducked into her car and drove away into the grey, hazy morning.
Well, you’d think Karen and I had just gotten knighted by the Queen. We could of boasted that WE were the only ones to have a personal interaction with Audrey Hepburn herself! She acknowledged us! Problem was we couldn’t tell anyone at work because we would have definitely gotten fired. But, again, it was worth it. We had our moment with Audrey, how ever brief. It might have been insignificant to her, but it meant the world to us.
Now, years later, Integrity Toys reproduces the lovely likeness of the character that the actress made famous in the classic film Breakfast At Tiffany’s. The detail on these dolls is amazing. Ce'st Magnifique!  I’ve only received “Crazy About Tiffany’s” so far, but if that one is any indication of what the other ones are going to be like, I’m sure to love them all equally. The detail on the dress is perfection. The scale on every aspect of the doll is from the accessories to hair is utterly divine. The packaging is superb as well.
Now everytime I look at her in my collection I remember that magical day when Karen and I had our moment with Miss Hepburn. Thanks IT for doing the actress and the movie justice with your workmanship and quality.
Posted by dolldork at 2:16 PM