There Is Strength In UNITY 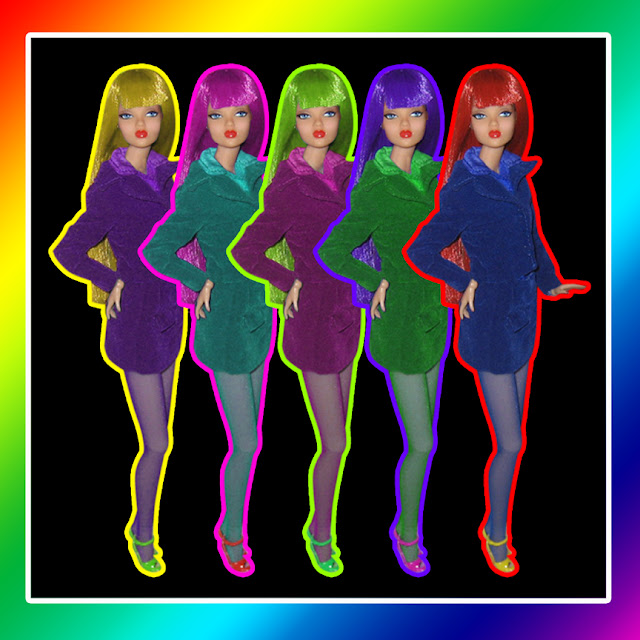 I've never been a militant gay. I've never had a "rainbow" flag or "equality" sticker on my car. I'd only been to exactly two gay rallies in my entire life and up until 6 years ago with the inception of our publication, I didn't go out clubbing much either. Peter and I grew up and came OUT in Miami in the late eighties and nineties where we went to clubs like The Warsaw Ballroom, Torpedo, Paragon, Cheers, Uncle Charlies and Ozone. Those were the ONLY bars you could go to in Miami back in the day and back then we thought we had the world by the BALLS...and we did. Unfortunately, I also remember having to park across the street from most of these establishments and having the words "Faggot" or "Maricon" (spanish for Faggot...which makes it sound worse....if that is possible) flung at me while trying to meet up with friends out on the town. Back then it was just "the way it was" and you just got used to it. When you were young and gay you had to develop "rhino skin" if you wanted to survive.

Im so happy that young gays of today don't have to experience any of the bashing that we did when we were coming out into the world. In society after Elton, Ellen, Will and Grace, Madonna, Lady Gaga and Oprah, we can now all feel a little safer being exactly who we really are....OUT in the open. I love seeing young guys feeling secure enough to act as "gay as they wanna be". I remember always trying to "butch it up" in public just not to get harassed just for swishing in the wrong direction. (It wasn't easy to walk in heals) Trust me...it was exhausting and not easy. I never want anyone one of my younger cousins or friends to ever feel the FEAR we once did.

That's why we need to take inventory of where we are today and regroup. There is no need for us to cower in a dark corner or alley anymore....but there is a need to come together BETTER as a community. We need to be cohesive, be strong and most of all UNITED. That is what all the colors on our rainbow flag represents....the uniqueness that we all celebrate among each other. And, unfortunately that is one thing that I feel we are begining to lose.

It seems that we only see all our factions come together now at PRIDE celebrations. What a sad cliché. The young twinks don't mix with the Bears...unless they really have to. The lesbians don't want the leather men anywhere near them. The trannies and "boy-queens" are perpetually at war. And, the gym bunnies only want to hook up with each other on Grindr and Adam 4 Adam. As Susan Powter once said,"STOP THE INSANITY!" Now that we don't have to fight for our lives or for respect, that doesn't mean that it is "ok" to turn against each other and stay exclusively amongst our own kind. We need to mingle, meet people and open ourselves up to diversity. I promise you, you might be surprised by who you meet. A tight community can never be subjugated unless it allows itself to be divided.

Let's not forget - although IT IS OK TO BE GAY now....it is important that we appreciate all the shades of gay that is OUT there.

Email ThisBlogThis!Share to TwitterShare to FacebookShare to Pinterest
Labels: I